Looking for a Travel Companion to India (or Asia)

I’m beginning to think about my next photography trip (which will probably take place in Feb or March), and India is once again near the top of my list.  It’s a country that fascinates me to no end with its spiritual and friendly people, its colors, smells and sounds.  On top of that India is quite safe, English is spoken everywhere, and it’s a photographer’s paradise.

I’ve already been to India twice (in 2007 and 2008), and I’ve made a few good images (also some portraits).  But I know that there is much more to see and photograph, so a trip to Varanasi (Benares) or up towards Amritsar and then further up the mountains would surely be very interesting.  My trip in 2007 was with a group, which was very well organized, but I felt somewhat limited be the strict schedule of the group.  In 2008 I went back accompanied only by my backpack, so I could photograph as much as I wanted, but not having anyone to talk to made for a lonely two weeks.

So now I’m thinking that the best way is to travel together with one or two people, preferably photographers.  This way we could keep each-other company, share the expenses for hotels and car rental, watch our backs and comment on our photos.

But the bigger question is if the trip should go to India at all, or if I should see another country.  I’m sure that Thailand, Cambodia, Vietnam, Laos, Bangladesh, Nepal or China will be equally fascinating.  But having never been to these countries, I’d prefer a guided tour or an experienced travel companion (which I don’t have).

Anyhow, all options are still open, and I’m somewhat confused.  I’ve bought the Lonely Planet guide for India and I know that Holi will take place on March 11 and 12.  And if my destination won’t be India, I’m also looking through Gebeco‘s catalog.  These are great trips, but due to the stays in 4- and 5-star hotels, also quite expensive.  Just for a quick comparison, my entire 2-week trip in 2008, including air fair and a rental car for 11 days, cost me a total of 1100€. 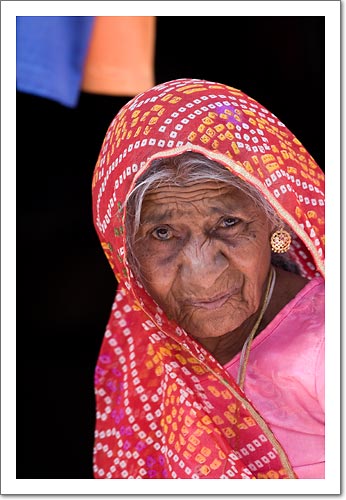 ← The Light of a Winter Sunset
Good Morning! →